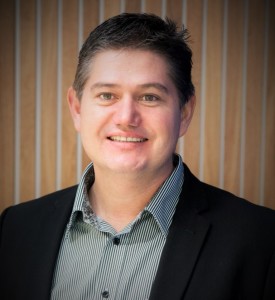 Chris is a Client Executive at Sempre. His focus is to strengthen existing relationships with clients, build new long standing ones and to execute on his commitments to our customers and vendors.

With more than 24 years of IT experience in multiple roles from technical, management and sales; Chris truly understands transformation and intrinsically grasps what IT environments need to do to adapt in today’s fast changing industry.

Chris studied at Pretoria Technicon in South Africa which he equates to AUT in our Land of the Long White Cloud. The comparison is provided for the benefit of those All Blacks supporters who haven’t adopted the team after migrating from South Africa and therefore may not know exactly where Pretoria sits or what on Earth a Technicon is.

Chris came to Sempre from EMC. During Chris’s sales career he has proudly received numerous sales awards with the most outstanding being the mid-market Top Gun Sales award across Australia and NZ at EMC in 2012. He also received a Platinum Award in 2014 in appreciation for his commitment and focus.

Chris and his wife Anneke moved to New Zealand in 2007 with their two beautiful and kind kids, a boy and a girl. The family love playing squash and hockey; although Chris is not so much into the hockey as he is, in his own words, “useless at it”. He prefers time on his power tools building, fixing or creating something. He also enjoys time relaxing on his boat catching all sorts of weird and wonderful things for the pot.