Start Thinking About ALL FLASH Storage 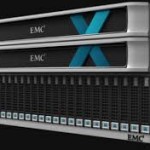 There is no doubt FLASH has revolutionised the storage industry, FLASH has been used to boost performance in entry level, mid-tier and high end arrays for a number of years, not just block based arrays either, it’s also been used to boost scale out NAS platforms. The easiest way for many of us to relate to the benefits of FLASH would be to recall the dramatic difference that little SSD drive made in our laptop or home computer, boot times dropped from minutes to seconds. There are now more than a handful of ALL FLASH array vendors in the market, in my opinion most are still relatively focused on the VDI, OLTP applications going after those niche workloads which benefit from consistent sub millisecond response times. One of the biggest challenges I saw with a number of ALL FLASH arrays early on was lack of support for advanced data services such as Thin Provisioning, Snapshots, Replication, basically all the things we have come to expect under the covers from traditional storage arrays. In most cases these challenges have been overcome with most if not all of the advanced data services being offered in later code revisions. One of the things that Ive come to realise over the years of architecting and implementing storage arrays, is the huge amount of capacity we lose across the infrastructure layers, RAID, Datastore/File System overhead, White Space in thick provisioned VMDK’s, also not to forget the commonality of data across operating systems which plays a huge part in ever growing capacity requirements. It’s the power of the Always On, native Inline De-dupe, Thin Provisioning, Data Reduction which excites me about ALL FLASH arrays, the ability to remove this overhead on ingest while continuing to provide low latency response times gives you the best of both worlds….Performance and Efficiency. I expect a lot of people to initially dismiss the feasibility of moving to an ALL FLASH array based on the premise that cost would be prohibitive, I think that would be fair too if you compared the same like for like capacity, however what I can say is that after looking at a number of customer arrays over the years and what data actually resides inside virtual disk files, you might be surprised how little data you actually have compared to the total presented. Every company has a different data profile, I encourage customers to know as much about their data as possible, the volume and split between structured versus unstructured data will likely be the difference between ALL FLASH arrays being used to target specific data sets versus your entire data set. If you want to talk about Storage, ALL FLASH Storage or Data Profiling, let us know.