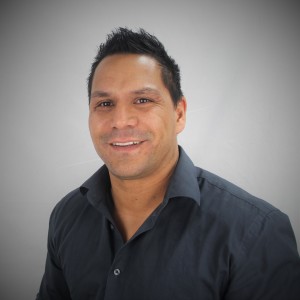 As a Maori boy from Kaitaia with a small addiction to Nestle Milky Bar, Hayden’s first job came as a Computer Operator working for Nestle NZ’s head office in Parnell, Auckland. Hayden’s dream job, with unlimited access to Milky Bar and scorched almonds, was a reality. Hayden told his partner at the time, now his wife, that he would never leave this job, ever! However, multiple 3 am call outs to fix the AS400 meant that this was always going to finish eventually.

In the early 2000s Hayden moved to Auckland University of Technology (AUT) where he started as a Desktop\Support Engineer, honing his skills on many different platforms and applications.

A couple of years later Hayden was promoted to a Senior Engineer where he managed four other engineers and was responsible for looking after the business faculty, covering 120 full-time and part-time staff and over 800 personal laptops, servers, switches and desktop PCs. The diverse culture of a tertiary education facility helped Hayden adapt his technical skills and develop his ability to communicate with all cultural ethnicities.

After leaving AUT, Hayden worked at Sky Television as a Network Engineer which essentially covered everything from server upgrades to configuring Cisco 2950 switches for the internal and external network infrastructures. During his time at Sky, Hayden worked on multiple projects ranging from migrating their entire network infrastructure to Ethernet (at the time Sky’s head office was still on Copper) to Domain Controller upgrades and the secondment of SQL servers for the many applications Sky was housing at the time.

In 2007 Hayden moved into the Backup and Recovery space and continues on that path with Sempre. Hayden’s passion for this particular area has been a steady climb in not just one area but across many. Technologies such as VMware, backup and recovery with different applications such as EMC Networker and Symantec NetBackup and data archiving with EMC SourceOne and Symantec Enterprise Vault are all areas in which Hayden has experience, as well as numerous other application installations, upgrades and configurations.

Hayden has 5 kids, 4 girls and 1 boy ranging from 20 years old to 10 months old, so has not had a decent night’s sleep since 1995 which, incidentally, was the same year the All Blacks lost to South Africa in the Rugby World Cup – coincidence maybe? Hayden loves all sports and currently plays touch for Galaxy on Sundays. He is a qualified boxing coach and likes the hurt, as he has told many of his work and workout colleagues, “Pain is just weakness leaving the body”.