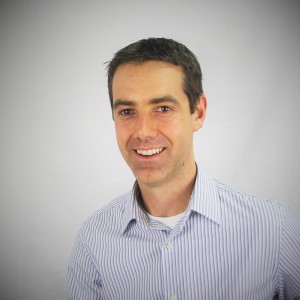 Mark is the Managed Services Manager at Sempre, looking after and working in the team which our customers rely on to operation their business critical infrastructure.

Following graduation from Auckland University of Technology, Mark started his career as a Mechanical Engineer. After two years in the industry he decided to change tack and started down the IT path. The first step on this journey was as the co-founder of a philanthropic web-based affinity portal in the late 90’s which ran for several years. However, it was a little before it’s time as the internet shopping market never got to the critical volume required for the site to prosper.

From here Mark started at the Millennium Institute of Sport and Health as the Information Systems Manager tasked with the setting up the IT infrastructure for this exciting new venture. This has since merged with AUT to become AUT Millennium and hosts some of New Zealand’s top athletes. After 5 years Mark moved to Adidas NZ as a contractor then, and was shortly afterwards hired as the Infrastructure co-ordinator.

Needless to say Mark still possesses a fair amount of adidas clothing and accessories and appears to have an “adidas only” wardrobe policy. After reaching the milestone of 20 pairs of shoes he was persuaded to join a small specialised company focusing on backup, storage and virtualisation. Initially hired as a Support Engineer he later moved into the Managed Services division as the team lead. Currently he continues in the same role at Sempre where he works with a great team of talented individuals.

Mark has lived in and travelled through the Middle East, Europe and the Pacific. The highlight in his younger days being a 9 month sailing cruise through the Pacific on a 45 foot Ferrocement boat, including visiting over 30 different islands, swimming with wild manatees and hiking to the crater of a live volcano.

Mark’s interests outside of work include Mountain biking, snowboarding and running and he is an aspiring multisport competitor. The high point being participation in the Cure Kids Great Adventure Race, which is not only a challenging event but also a great cause to be a part of.