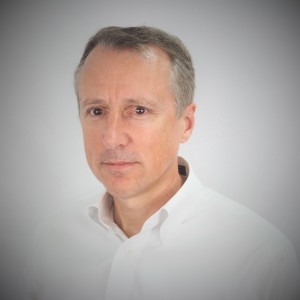 Richard is currently the Technology Manager at Sempre, where his role slides between all departments.

Richard started his career after graduating as an electronics engineer at Auckland University of Technology. He was inspired by leadership roles and became a manager of engineers at the age of 25. With the release of the IBM PC in the late 80’s, Richard’s interest quickly diverted towards computers. Sure, replacing service mount components on IBM XT circuit boards was interesting but he could see the future of the industry lay more with the software itself.

Richard played a key role in helping to set up a new data storage and protection service company, where he led research and development that enabled the New Zealand business to expand across Australia and the United Kingdom.

Feeling a need for greater challenges, Richard started his own data recovery business which is still operating today after 16 successful years. Shortly after Richard was also offered a part time role in a small data protection company which, fuelled by dynamism and innovation, began to expand rapidly requiring more of Richard’s time. Branches were opened in Auckland, Wellington, Sydney and Melbourne and, during this time, Richard was elevated from being an engineer to CTO within the business.

The latest chapter in Richard’s impressive career tome was written when an opportunity to part own a new company ‘Sempre’ became available early in 2015.

Richard continues to be grateful for the loyalty of our customers and staff who comprehend Sempre’s vision.

Richard and his wife Emma have three children to educate, entertain and mold into model citizens. Richard is the classic DIY Kiwi, with the attitude of “why pay someone else to do it”. He likes to keep fit and healthy, going to the gym and playing touch rugby for North Harbour.